Grand Key of Solomon the King by Asaph Ben Berechia 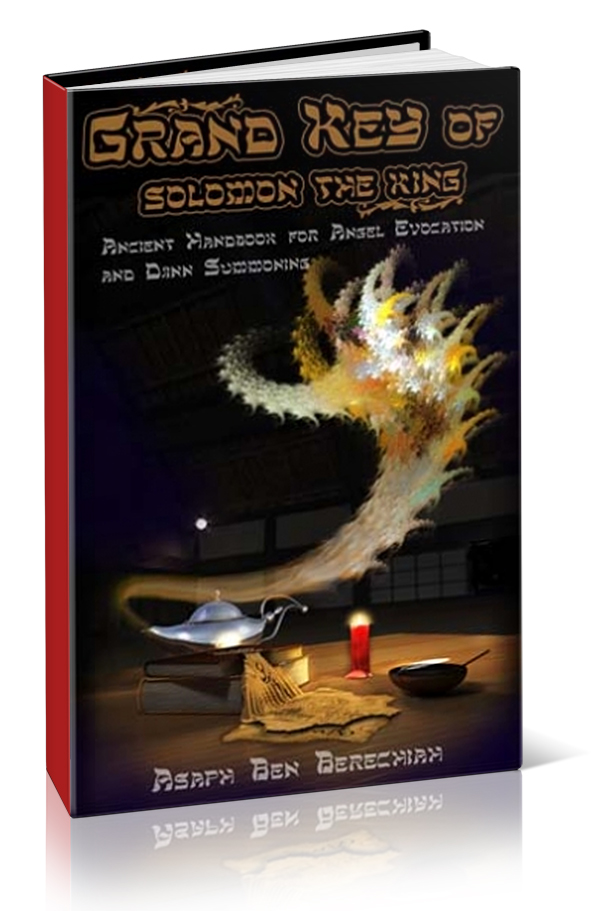 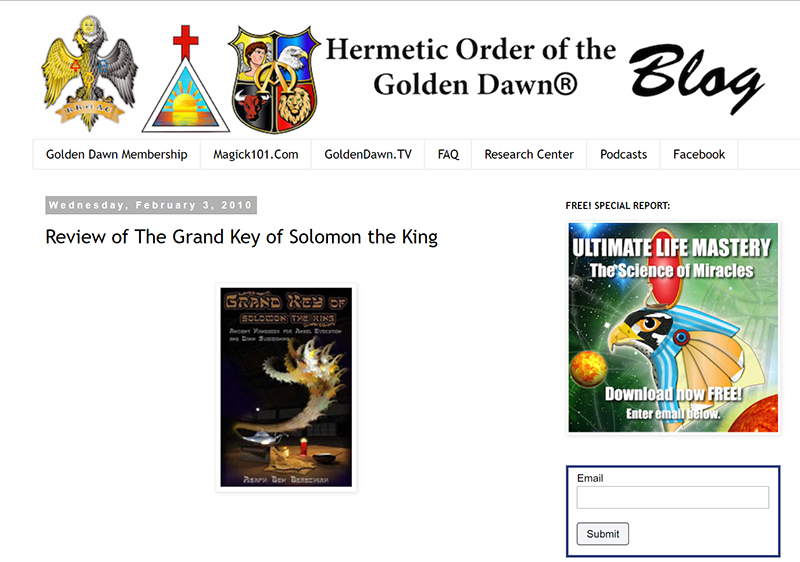 The enchanting tales of 1001 Arabian Nights and the mysterious magical societies of the Moors share a legendary figure. He is no other than Asaph Ben Berechiah, the Vizier of King Solomon himself. According to Islamic tradition, this Arabian Merlin bested a djinn in a magical contest, teleporting Queen Sheeba’s throne in the blink of an eye, using his knowledge of the Great Name.

Through the ages masters of the forbidden art of djinn evocation have shared with their disciples in secrecy an extensive oral tradition of rituals, incantations, and magical implements belonging to Asaph Ben Berechiah.

Fragments of these arcane mysteries could be found in the writing of master occultists from the Middle Ages, the likes of Ahmed al-Buni. Few and far between, many have treasured what little fragments of this oral tradition could be found.

There were also whispers of a grimoire compiled by an anonymous Arabian wizard brimming with secrets of the magic of Asaph Ben Berechiah. Known only as Ajnas, its reputation grew, but few possessed it. It has resurfaced in recent years and remains one of the most popular guides to angelic and djinn evocation in the land of the Arabian nights.

O seeker of the art of the masters, you needn’t wait centuries for this important grimoire to be available in English as has happened with Ghayat al-Hakim (Picatrix). Right now, you are beholding an accurate and complete translation of Ajnas waiting for its secrets to be unlocked by the disciples of today and the masters of tomorrow.